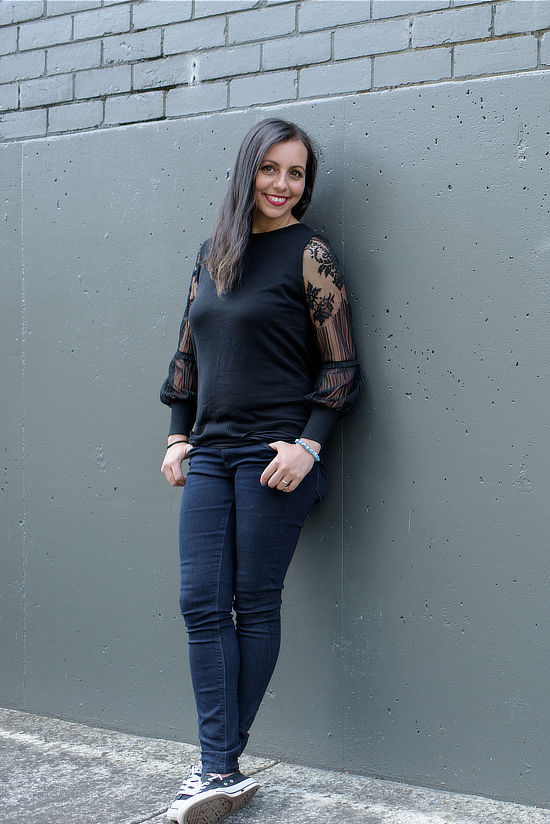 Hi. I’m Lora Inak and I write contemporary YA fiction with cultural themes.

My debut novel, Unspoken Rules is about walking the tightrope between being Australian and being of your birthplace (or the birthplace of your parents). If you, like around 35% of Australians including me, are born in another country (or perhaps your parents and grandparents were) then this is a story that will hopefully resonate with you.

You can also find my written work in Arab, Australian, Other: Stories of race and identity.

I started my writing journey with a junior fiction book call Celia Snoop the Fairy Tale Detective and the Icelandic Trolls. The idea came to me on a train journey between Bergen and Oslo in Norway during my honeymoon. Trolls are big in Scandinavia and I caught Troll Fever.

No… don’t bother looking for the book. It was never published, but it did throw me into the world of writing where I caught another type of bug (the writing bug – much more severe and generally you have it for life), and despite my failure to get this book (and the sequel Celia Snoop Fairytale Detective and the Irish Leprechauns) published, I continued to write – mostly because I found I couldn’t stop…or if I did, my fingers would twitch and I’d get this buzzing need that squeezed at my insides.

From there I wrote a myriad of picture book texts and other junior fiction, some of which did well in competitions but none that got published (except a short story called Tap Tap Tapping at my Window). I finally forayed into Young Adult fiction and VOILA! I’ve found my voice, and some success as a writer.

I married an Aussie, and much to my surprise, my fairly conservative Assyrian Orthodox parents were really supportive.

My husband tends to stand out, the obvious reason… his height (201cm tall and no, he is not a basketballer :)). I have a son and a daughter, a rescue dog called Chloe and I live in the burbs of Melbourne. Add to that a full time job, a passion for food (sadly, all kinds), Harry Potter and Anne of Green Gables, coloured pencils, books books books, an obsession with neatness, and somewhere after all that, I occasionally, when the moon is full and the earth is aligned with a unicorn, get a chance to write. 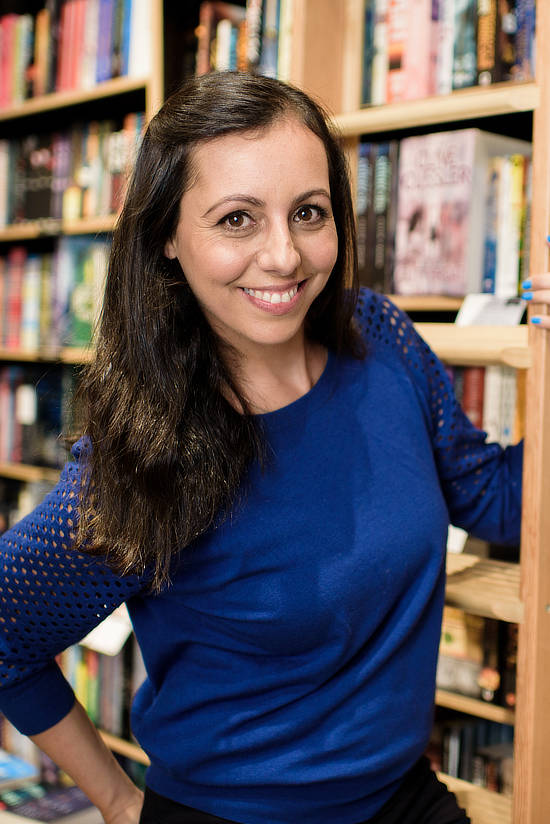 I was born in Istanbul during a period of civil unrest. There was a divide, and regular clashes between the left wing and right wing groups. There is a whole lot of detailed political history here, but during this time, on one unfortunate day my uncle was visiting a friend who owned and managed a prosperous jewelry retail business. Two armed men stormed the shop, shot and killed my uncle’s friend, then shot my uncle in the leg, leaving him unable to walk for some time. They were caught, but my father and uncle realised that Turkey was no longer a safe place to call home. They applied for visas to leave the country and were granted access to both Canada and Australia. Turns out the reason Australia won out was because they’d heard the weather was better… Huh! Maybe in Brisbane. Melbourne is pretty unpredictable.

With what I imagine was great courage and much sadness, they packed up their young families and left Istanbul – bound for an unknown island on the other side of the world they knew nothing about.

I could happily chatter on… but if you’re interested in reading more, try my blog – Tip O’ The Fez.

Fast-forward thirteen years, and I finally became an Australian citizen on the same day and during the same ceremony as comedian, Jimeon. There you go, a bit of mindless and probably not overly interesting trivia 🙂

At home, her life is governed by the unspoken rules and expectations of her Christian Orthodox background. Women are expected to go to their marital beds as virgins, men aren’t. Women are homemakers and caregivers; men can run businesses, companies, and empires. His decision is final; she’s expected to comply.

At school, Natalie is the Syrian girl who never goes to parties. She pretends she doesn’t care, but deep down she yearns to be just like everyone else. Yearns to have the freedom to choose her own destiny, just like her best friend Katelyn, the only one who she confides in.

Her entire school life, Natalie has walked the tightrope without tipping over, that is, until now. Until a fall out with Katelyn leaves her confused and lonely. Until her devout sister, Misha learns of her incurable illness and doubts her faith and future. Until she discovers her Mother’s terrible secret which threatens to tear their entire family apart.

And… until she meets the new boy, Chris.

Unspoken Rules will be available for purchase from 17 September, 2017. If you’d like to pre-order a copy, please click here. 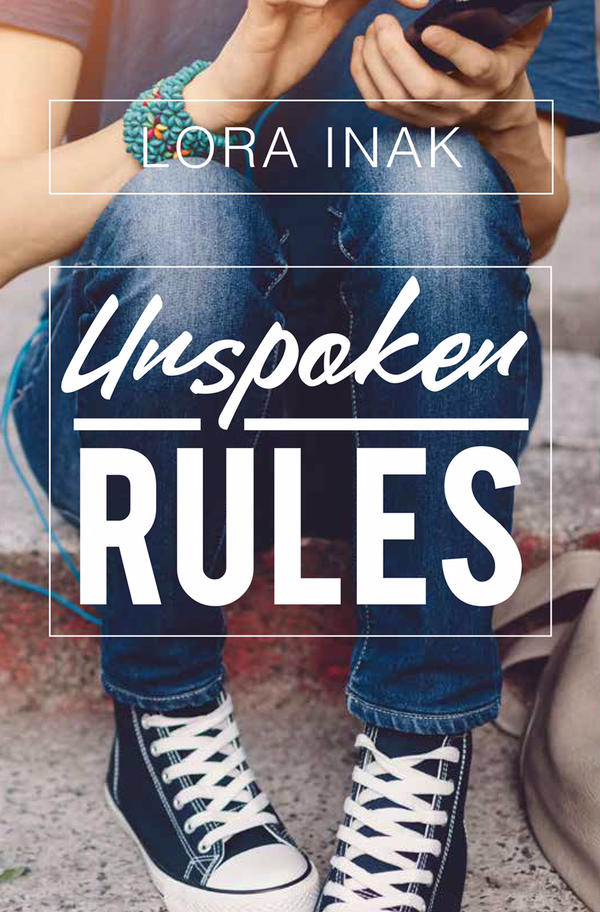 Unspoken Rules – Why and Who?

Unspoken Rules is not an autobiography, however, I am an Assyrian Orthodox born in Turkey and know the culture, traditions and religion intimately.

I wrote Unspoken Rules as a way to deal with the death of my mother.

My mother was a long-term smoker (Marlboro was her choice of poison). She was diagnosed with COPD, a disease that slowly ate away at her lungs, leaving her fighting for air. I found it hard to look her in the eyes as illness took hold. I couldn’t bear to see the light fading. So I started to think about who she really was.

I delved into my past, my childhood, my teen years and as much as I could, into my mother’s past. And soon I found myself writing stuff down. It was cathartic. Slowly but surely, this turned into my novel. Writing Unspoken Rules was an emotional journey, and the best part was that it helped me appreciate my mother more.

My mother never sat me at a desk, but she taught me many things – mostly without realising she was teaching me. The most valuable thing she taught me was that women in our community did not need to fit a mold. They could paint, build, drive. They could be smart, and strong and they could lead… an army if they wanted to.

May you rest in peace, Mum. Thank you. 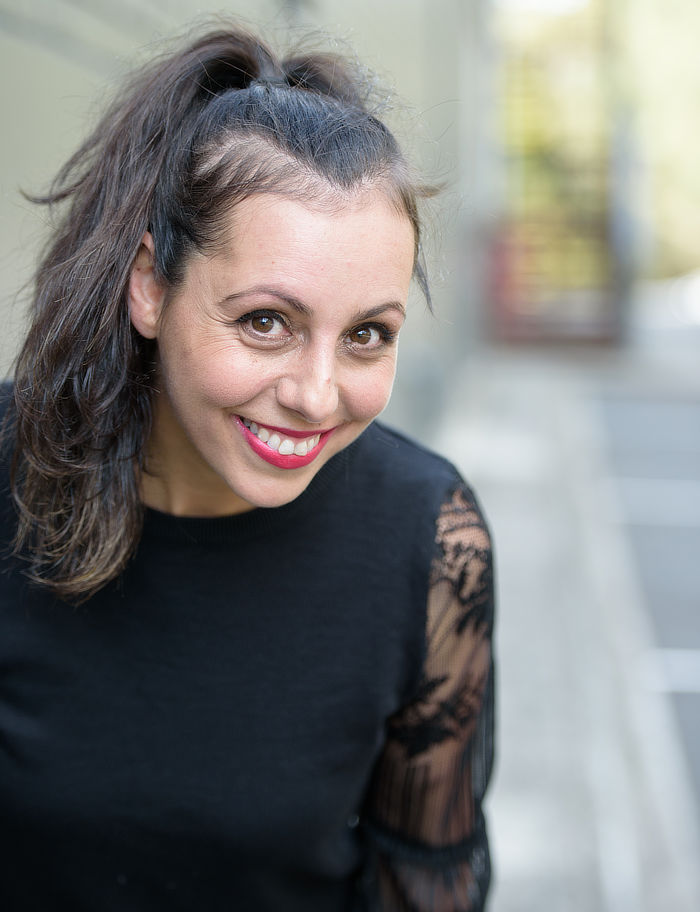 If you’d like to connect with me or receive notification of when my blog posts go live, please send me your details below.

If you’d like to pre-order a copy of Unspoken Rules, visit www.rhizaedge.com.au, or book me for a school visit or  literary event, just drop me a line using the contact form below. Alternatively, feel free to follow me on Facebook or Twitter.