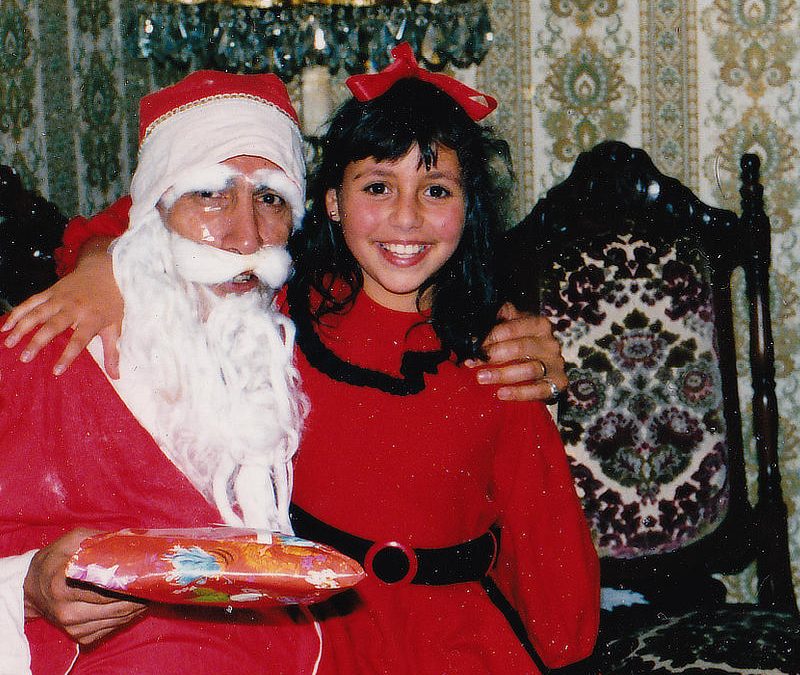 For years, as a child, Santa used to visit us on New Year’s Eve.

It never occurred to me that this was odd, that Santa visited other children on Christmas eve, shimmying down their chimneys in the middle of the night, leaving gifts under the Christmas Tree and then quietly enjoying a glass of milk and biscuits. I never questioned why he would drop in on my rambunctious community New Year’s parties, looking suspiciously like my dad, sculling a glass of Raki and handing out gifts in a cloud of noise and merriment, with everyone gathered around. 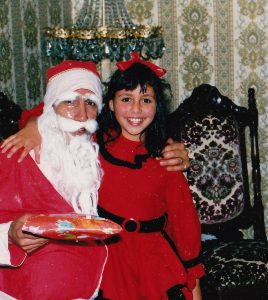 When I was old enough to question the entire idea of Santa Claus, and eventually realise he was fictitious –  even then I didn’t think it all that strange. It wasn’t weird at all that he dropped in a week late. In fact, only in my twenties did I wonder why my parents and relatives had arranged Santa’s visit so badly.

It didn’t take long to piece it together.

My parents, grandparents, great grandparents, and who knows how many generations before them, had all been born and raised in Turkey – a country whose population is primarily of the Muslim faith. The Christian population  in Turkey would traditionally celebrate Christmas by going to church, followed by a gathering of family and a delicious meal together. No one knew who Santa was back then.

I can only imagine how alien it must have been to my parents when they landed on the other side of the world, only to discover that a jolly old man with a white beard, wearing an audacious red suit was so revered. And… excuse me, what?… He travels around the world in one day on a sled pulled by twelve reindeer (one with a glowing  nose)! He sneaks into people’s homes while they’re sleeping and leaves gifts under a decorated tree!

It makes me chuckle to think how they would have interpreted the Western world take on Christmas.

But being wonderful people, and good parents, they would have realised that they couldn’t ignore their children’s pleas and joy at having Santa visit. What resulted was a blended solution – Celebrate Christmas as we always have with church, family and food… but this man called Santa Claus would also have to be involved somehow. Since Christmas was so busy, and according to all the stories, busy for Santa too, why not have him visit on New Year’s Eve instead?

For me, and for my cousins, relatives and community friends, it didn’t matter when Santa came, what mattered was how wonderful those New Years parties were. How much joy, laughter, and love it held for us all. How we would wait anxiously for Santa’s arrival at midnight, our bellies full of food, our eyes bleary with fatigue, our hearts happy. It was simply, immeasurably, wonderfully magical –  and I have wished a thousand times since then that I could have bottled it all up.

Merry Tip O The Fez to you…